Descending to the city, low angle sunlight on the basin shimmers and suggests even from this distance crackling intrinsic luminosity, a history and a vibrant present. Closer now in the streets, cobbled and crowded, colonial […]

Up close angularity in the stonework, step back to organic curving movement. Harmony, and harmony in place. Magical. 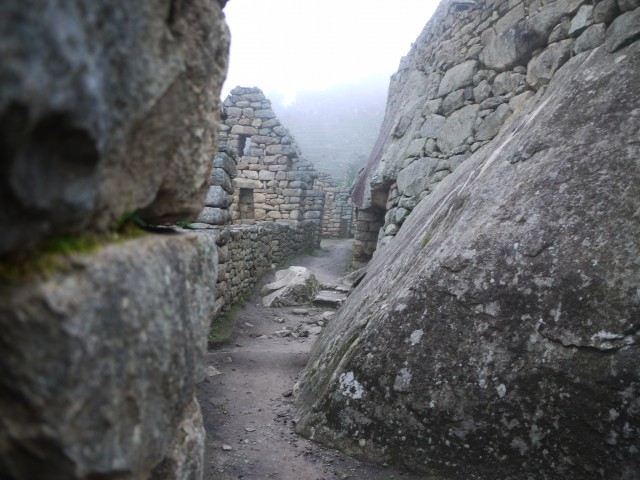 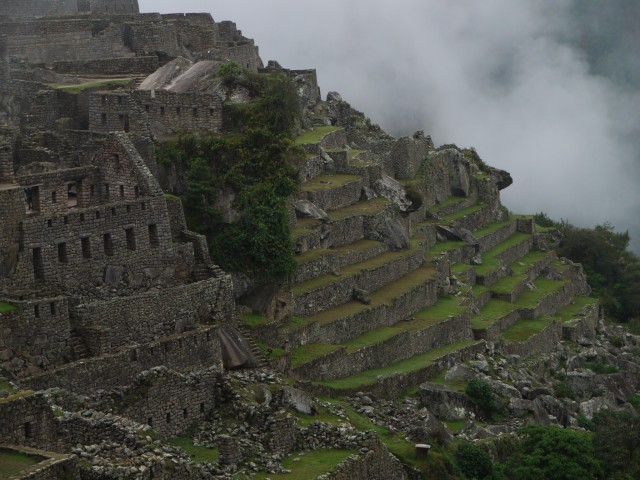 In a splendid fiction one could easily pedal to the edge of the ruins at Machu Picchu and circle and photograph its majesty by bike, just as one might at Angkor Wat or Palmyra. In reality the tourist town that supports MP — Aguas Calientes — is so remote and small, and the concentration of visitors to it is so great that access is highly controlled. Indeed, there are no roads to AC. Many cycletourists simply ride to Cusco and leave their bicycles there, getting to MP the usual way by bus then train. I did not want to go to Cusco and backtrack, nor did I find the usual way aesthetically appealing at all. I contemplated skipping it altogether.

But there is an alternative that includes high mountain pass bikepacking, weather, minor drama, and a bit of cycletouring nostalgic history in that a fair bit of it is on train tracks. Thus, it echoes in a tiny way the style that the likes of Sachtleben & Allen or Frank Lenz traveled in when a railway link was the only path between cities.

The plan assumes travel from the west, i.e., headed south through South America. It is possible to do what is described here backwards, but it appears to me that starting from Cusco likely offers different options. The route is substantially based on a trek that has been adapted into a multisport multimodal trip involving hiking, biking, luxury eco lodges, donkey porters, vans and trains. Obviously, Pfft! on all that. This is how to do it all by big pedaling. A very capable off-road bike and minimal weight are essential.

I have two hand-drawn maps, one on paper towel, one on a child’s ruled notebook paper, reassuringly they agree in spite of their wildly divergent styles, I memorized them over dinner last night…

Into the bare teeth of the mountains again — Salkantay a formidable presence at the end of the valley — freezing gusts and spiteful peltfall against taut tent walls the night before, before a 4am […]

(A Tom Walwyn photo, above)

When I got home last year from touring on the Pugsley in Alaska I ventured some thoughts, all enthusiastic, about the bike choice. After all, it’s a bike, it goes when you pedal it, in fact it goes just about anywhere a bike can go, and if you’re not racing or trying to keep pace on asphalt with your skinny tire friends, what’s not to like? And in AK, why are you not riding a fat bike? Still, I envisioned myself going back to the Long Haul Trucker with 26″ x 2.0’s for overseas rough stuff touring, the ‘cross bike for smooth roads, and a two nine — the folding Rob English with an IGH, one of the best bikes I’ve had the pleasure of riding — for domestic expedition use.

Then my imagination was hijacked by all those days, not necessarily winter days, hooting and having a ball on the Fat Bike, pointing it into the woods and going, just going. Sure, the tires, rims and bottom bracket on the thing are a decent argument against taking it too far for too long away from North America. If those go FUBAR one would have to get creative. It’s a pig, an automatic minimum 10 lbs. penalty over your next heaviest bike. But I’ve spent most of my time over the last eight or nine years on a rigid singlespeed, so I’m no stranger to poor judgment in bicycle selection.

Here’s what I think after two months riding the Pugsley in South America.

Descend the stairs by headlamp to get water and startled by Juan de la Cruz Almeida hiding in the shadows in a spot where he surely couldn’t see my camp but could hear my movements. […]

It’s going to be dark soon. Not maybe twenty minutes soon, more like three minutes soon. Past shadows of adobe homes, the road is above a plaza, voices below so I take the singletrack abajo. […]

Political protests, as familiar to the Peruvian landscape as jungle or high peaks or rolling grassy plains. Usually peaceful but with tense conviction, mobile debates with a different conception of the process, a reaction, so […]

Step out of the rain into the country bodega, we´re camping nearby and wouldn´t mind a few beers to float us sleepward. Children with their father, he´s handling a zippered outlandishly shaped case, brightens at […]

We gain two, Eugeneo and Angus aiming north but arcing our way to catch their five days on deck Amazon boat to Iquitos. Youthful exuberance and joy and curiosity. Eugeneo, ever grin unruly blonde dreadlocks […] 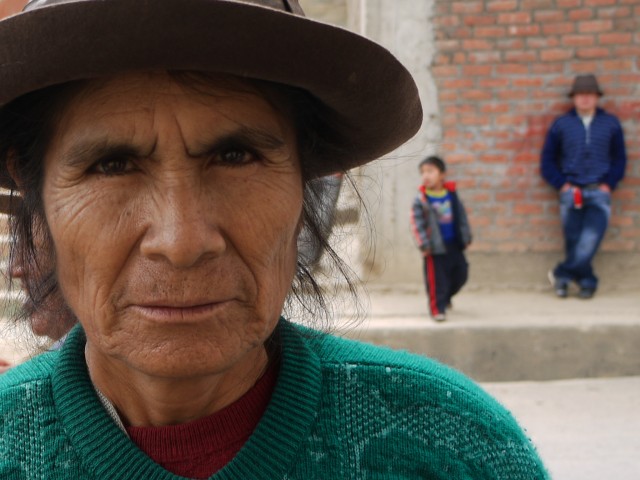 (In the unlikely event that even one or two people care.) This is what I started with. Since saying goodbye to the backpack and its water bladder, I’ve abandoned*: – t-shirt – gore-tex shorts (no […]