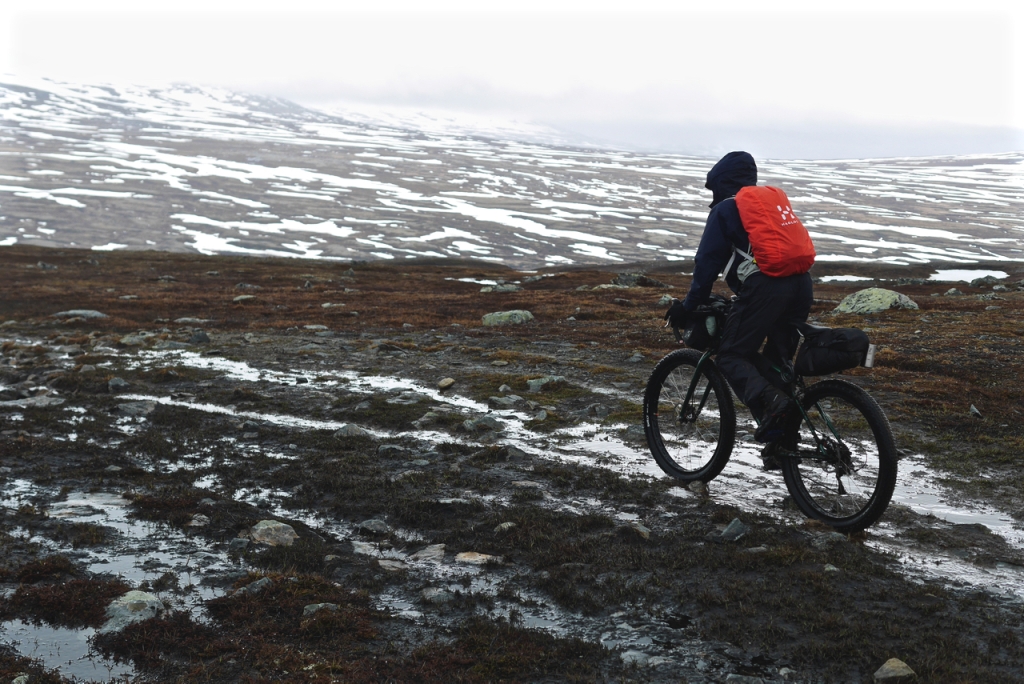 Clockwork breaths and burning chill of sweat freezing on my chest had been things all by themselves. But they funneled into this snow flurries bog and seeped upward, lost in a watercolor smear between hilltops and sky until every shard was just a tighter spiral of repetition to a grey singularity. Windblow enough to not be able to hear what’s said, but the cadence and tonal shape is enough, just the clouds transmitted between us to mark the absence of reference points and yet we’re still here.

Yesterday: We shake hands, grin. Nearly four years since Runar and I have last seen each other, those days in La Paz before we parted after pushing our bikes up from the Bolivian jungle into the high Andes in lucid intentional misery. His note months ago proposing a new fat bike excursion very welcome. Transit to Trondheim, Norway from New York City painless even if sleepless, I half dozed in baggage claim until he arrived from Denmark, our plan then to drag the bike boxes to the nearby train station and cross the country narrow at this latitude, hardly more than an hour to Storlien, Sweden. Meet up with Mikkel, head southward hugging the border to cross back into Norway and eventually meet Joe N. along the way. Then, weeks and distance, unwashed in tent sleeps away, Oslo.

It’s Mikkel’s beautiful lunatic route, linking together three long-distance hiking and ski paths to create a single push ride transcendent movement 800k through, four hundred fifty plus of which will be on narrow dirt track or even sometimes no track at all other than the oblivious purple GPS glow that we’ll superimpose on the landscape and our exhaustion. Not likely ever done, probably a decent reason for that, but not decent enough to not try. The train stopped and I already won’t know what time it is, low matte slate sky, cold that can’t bother to wonder whether there’s a meaningful June somewhere. We see Mikkel, he waves and nods on the platform. We’ve never met but we know something of one another from our aesthetic sensibility, something about the moments he chooses in his photographs and in his journal. Anyway, the expedition starts tomorrow, a giddy pedaling along the highway until we deflect onto a narrow wet trail up to a ridge and then expansive rolling mist and tussock plateau.

We’ve crouched alongside finger to the presta valves to listen to psi’s drop and probingly crush the tread. Now wide tires press against the soaked ground that yields for a moment then rises up like the earth drawing in air. When I’m behind them I can pick out their tread patterns in the patches of mud or snow, Nate or Knard, but mostly our passage goes invisible after a few echoes. There are wooden poles with red painted X bars, the winter ski traverse markers for when this ground is under meters of snow, startlingly frequently in a hint that the visibility during those dark months is limited. By the afternoon our shells are on, they will be most of most these next days of the coldest wettest Swedish summer that anyone can remember.

Yes, still here, but the location is time or distance (those fungible mythologies), turning in the small chainring, up and rising, tick tick brief freewheel section, sometimes stepping off when the mire is too deep even for fat bikes which yields a walking pace the same as it was riding. That constancy of unfolding against the monochromaticity flattens the hills and lifts the valleys and also the ones inside. Equilibrium is the emotion, the possibility of which might be forgotten on days when there’s anger or pride, but these days lost in welcome hours of it, broken when we chat with one another since it requires the leaps and sculpture of our words, but the geography is a sponge, absorbs that, too. 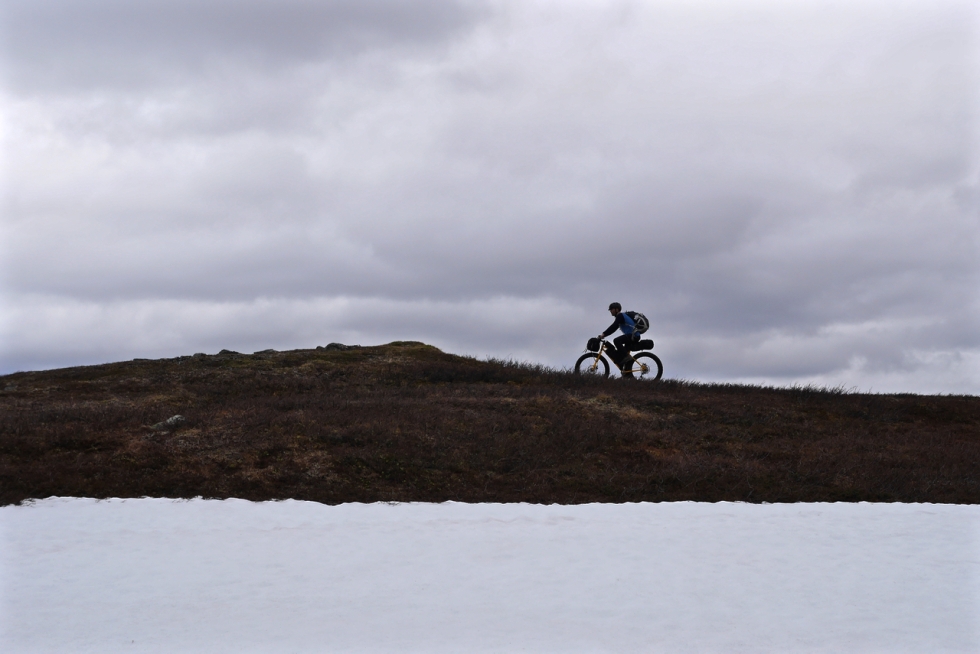 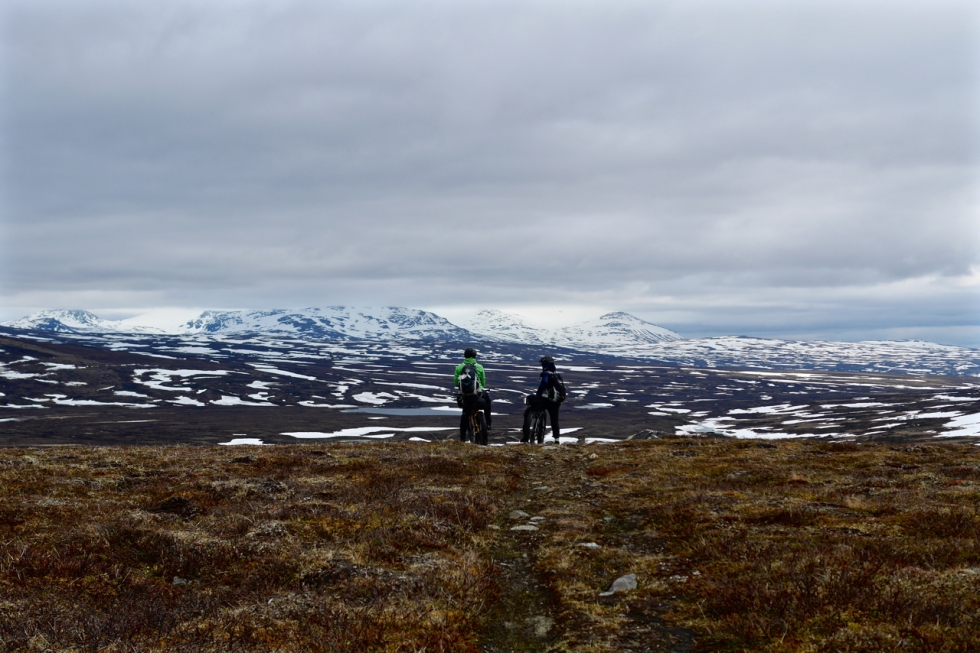